Black Lives Do Matter But Is Your Donation Really Helping?

If you have donated to the Black Lives Matter cause in the past few weeks, chances are that you did so believing it would help end the racist, oppressive rhetoric that has been peddled for far too long, or perhaps go towards bailing someone out following an unfair arrest, but do you know where you your money is really going?

According to Wikipedia, Black Lives Matter (BLM) is an international human rights movement, originating from within the African-American community, which campaigns against violence and systemic racism towards black people. BLM regularly holds protests speaking out against police brutality and police killings of black people, and broader issues such as racial profiling, and racial inequality in the United States criminal justice system. 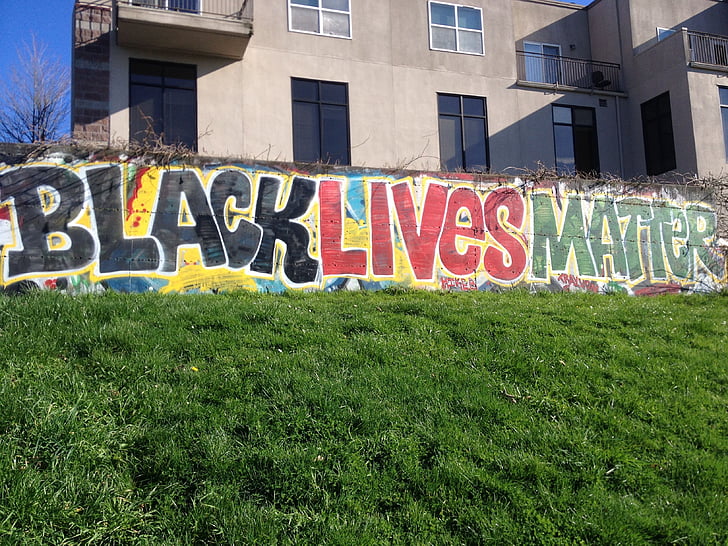 In 2013, the movement began with the use of the hashtag #BlackLivesMatter on social media after the acquittal of George Zimmerman in the shooting death of African-American teen Trayvon Martin in February 2012. The movement became nationally recognized for street demonstrations following the 2014 deaths of two African Americans: Michael Brown—resulting in protests and unrest in Ferguson, a city near St. Louis—and Eric Garner in New York City.

Since the Ferguson protests, participants in the movement have demonstrated against the deaths of numerous other African Americans by police actions and/or while in police custody.

As you’ll be aware, the movement has returned to national headlines (it is a US election year after all) and gained further international attention during the recent, global George Floyd protests following Floyd’s death by police in Minneapolis, Minnesota.

So, back to the funding….

Before we look at where your donation may have gone, it’s a good time to point out that Black Lives Matter have received over $100 million in funding from the Open Society Foundations, Ford Foundation and Borealis Philanthropy among others.

If you visit the Black Lives Matter website and click on ‘Donate’ you are taken to an ‘ActBlue‘ Donation page.

ActBlue is a nonprofit technology organization established in June 2004 that enables Democrats, progressive groups, and nonprofits to raise money on the Internet by providing them with online fundraising software. Its stated mission is to “empower small-dollar donors”.

In fact ActBlue are behind countless BLM fundraisers (more on that in a minute) and, if you look into their expenditures (thanks to Opensecrets.org), you’ll see that some of their biggest expenses are huge contributions to the Democratic Party.

Another notable fact is that ActBlue has several disclaimers that allow them to keep funds for their own purposes if the recipient does not cash or otherwise rejects the donation.

In other words, if BLM don’t claim all of their donations they could inadvertently go to ActBlue.

Question then is where would these funds be distributed and could they be used as ActBlue campaign contributions?

ActBlue say “In the event that a campaign or committee (a) fails for 60 days to cash a check from ActBlue which includes your contribution (after ActBlue makes repeated attempts to work with the campaign to ensure all checks are cashed), or (b) affirmatively refuses a contribution earmarked through ActBlue, your contribution will be re-designated as a contribution to ActBlue. Contributions to social welfare organizations which are similarly not cashed or are affirmatively refused will be kept by ActBlue and used generally to support its social welfare activities.”

So they are claiming that they’ll use their unclaimed donations for’ social welfare organizations to support social welfare activities’ but knowing that the current 2020 cycle has seen over $1 billion in contributions from ActBlue to federal candidates alone I’m kind of sceptical that this is strictly true.

Here’s a breakdown of ActBlue expenditure for 2020:

Yes, that’s right – if you’ve donated via any of the pages using Actblue the chances are you’ve chipped in towards to Biden campaign, or perhaps Bernie 2020  – whatever the case I doubt this is what you had in mind when handing over your cash.

This article, from July 2019 with the headline “Democrats’ Favorite Fundraising Tool Hauls in Record Donations“, reports that ActBlue, the “online fundraising platform for Democrats”, had recorded its highest number of donations as contributors poured $12 million into campaigns and progressive organizations on the last day of the second quarter.

The 390,000 donations topped the platform’s previous one-day record of 306,000, while the $12 million contributed on June 30 was the second-highest dollar total since ActBlue’s founding in 2004, the group said.

On June 1st 2020, following the mass BLM protests, the New York Times reported that they had ‘spurred a surge in donations’, Giving ActBlue its ‘Biggest Day of the Year’ and that with money flowing to candidates, bail funds and charities, the “Democrats’ online donor platform” processed over $60 million between Friday and Monday, a sign of strength for the party.

The mass protests that have swept the nation in recent days to express outrage at the death of George Floyd have been paired with a flood of financial donations, as hundreds of thousands of Americans have opened their wallets to give to charitable groups, community bail funds and Democratic candidates.

And on ActBlue, the central online hub that processes money for Democratic candidates and causes, Sunday was the single largest day of giving in all of 2020, with donations of $19 million, according to a New York Times analysis of the site’s donation tracker.

Then donors set another record for the year on Monday, topping $20 million shortly after 9 p.m.

The sums given on ActBlue on both Sunday and Monday topped all the presidential primary debate nights and election nights in 2020, and were more than double the amount given on the final day of April (monthly deadlines tend to drive online political giving). The previous high for the year was the day in late February when former Vice President Joseph R. Biden Jr. won the South Carolina Democratic primary and revived his campaign for president; donors contributed $18.3 million that day.

In all, ActBlue processed more than $60 million between Friday and Monday, a sign that the energy spilling into the streets nationwide might also be matched by a wave of money for Democratic causes.

ActBlue does not disclose in real time how donations to the platform are divided between candidates and causes, but a spokesperson for the site said half of the donations on Sunday went to charitable causes.

ActBlue charge 4 percent on every transaction – soon adds up when you’re talking millions.

One ActBlue page where supporters could split a donation across 37 different bail funds reported more than 20,000 donations worth about $1.5 million as of late Monday morning. Such funds help cover the costs of posting cash bail for those jailed before trials, and are seen as a way to support protesters who have been arrested.

We’ve all seen the devastation caused by ‘professional protesters’ with their own agenda, and the way it has impacted on so many. It’s obvious that civil unrest comes with a high human cost, from destroyed neighbourhoods and livelihoods to life changing injuries or even death.

What isn’t quite as obvious is the fact that civil unrest mixed in with a media backed movement is also a very quick way to generate very big funds for others – namely the Democrats.

Drake donated to the cause – chucking $100,000 to to ActBlue under the ‘National Bail Out for protestors’ umbrella, proudly displaying the receipt on Instagram as did ‘K-pop superstars’ BTS who donated $1m to BLM – an amount that was then matched by their fans using a ‘BTS Army’ donation page hosted by – ActBlue. Could not make this up…

In a nutshell, people who are donating money to BLM, in the hopes of achieving racial justice, are possibly having their money rerouted to Democratic politicians, through ActBlue, for purposes of financing re-election campaigns – something I doubt many are aware of or would be happy about.

Here’s just a few of the fundraising pages backed by ActBlue – I’m sure there are more but I’ll list a few to get the ball rolling and please feel free to add your own in the comments.

The Movement For Black Lives

Donate to Bail Funds for Protestors

The more people that are aware of what they are funding the better – if they still want to hit that donate button then it’s all good, just check where your money will be going before parting with your card details, you might just change your mind.

I’ll end with a link to this Medium article that I came across as I was researching this post, asking the million dollar question “Is the Black Lives Matter Organization a Money Laundering Scheme?”

Journalist Diego Marquez reports that the Managing director for the Black Lives Matter organisation – Kailee Scales – had conducted a disastrous Reddit AMA, during which she was hard pressed to disclose where and how exactly the money received from donations to BLM was being used.

Interestingly, she refused to answer said questions, and the ensuing controversy was enough for moderators to lock the thread.

The suspicions didn’t die there, however. And the internet got to work to find out what exactly was going on behind the scenes at BLM.

It didn’t take long to figure it out.