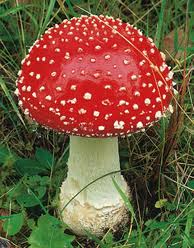 Slouched on the sofa, crisps in his hand and laughing mindlessly at the antics of the well known chat show host on daytime television, Rob never heard her coming, until the door flew open and…”Boy, I’m tired of this same old rubbish, you need to change!”  His mum was home from work and in a foul mood, as always.

Glancing around the room he noticed the mess, upturned cups, food wrappers and even yesterdays socks wrapped around the lamp……”And for goodness sake, when are you gonna get a job?”His mum had obviously got a second wind and was giving him a real ear bashing  this time, “You are 19 years old Rob, when are you going to start acting like the man you want to be, instead of this selfish monster you’re becoming?”

With his mum still droning on Rob knew from experience that she was best left to cool off, so, grabbing his jacket and phone he made for the door and could still hear her exasperated complaints as it slammed shut behind him. The cool, crisp evening air felt fresh on his face as he headed off deeper into the council estate that had been home for as long as he could remember, hoping not to see anyone he knew.

Musing on what his mum had said Robs shoulders slumped and he dug his hands deep into his jacket pocket, trying to get warm whilst not draw any attention to himself, he was in no mood for smalltalk.

Feeling a small pouch in his pocket, Robs frown slowly disappeared as he realised it was in fact some super skunk he’d forgotten about last time he had a session with his friend.Not surprising seeing as they were so high that Rob had vague memories of a field that was full of purple flowers and not much else.

With a renewed spring in his step Rob changed direction and headed towards his mates house.Dan, or “Dan the Man” as they called him. Always had time on his hands and would be more than happy to share a smoke for free, after all it’s not like they had to get up for work in the morning was it?

Ten minutes later Rob arrived at Dans flat to find him facing a similar dressing down from his Ma, what was with these women telling them to change all the time, enough already.

Together the boys set off towards the local woodland, it was their usual haunt for chilling and they had gone there since they were young. Back in the day it was to share sweets and talk girls but these days it was the perfect spot to smoke, both undetected and undisturbed.

Rob was whining, “Come on Dan,I’m gasping”. He couldn’t build a joint, despite many failed attempts, so it was down to Dan to do the honours, something that caused countless arguments as he wouldn’t be rushed and likened it to creating a masterpiece.

Becoming frustrated by the length of time it took his friend to do such a simple task, Rob began to pace up and down the small clearing getting angrier with each step.

Looking in the undergrowth for a stick suitable to poke his friend into skinning up  faster, Rob suddenly became aware of a  green vapour rising from the ground, just the other side of a large fallen branch.On closer inspection it appeared to be coming from a small, smooth stone that had taken on a luminosity in the dusky evening light.

“Dan, Dan look at this, see what I’ve found!” Rob shouted to his friend, who having finally finished building the joint was now admiring his handiwork. Slowly sauntering over, Dan peered at the strange vapour and then tentatively began to nudge the stone, causing it to roll slightly to the side.

The boys were astonished to find that there was something hidden beneath where the stone had been.

Reaching out a grubby hand Rob reached down and picked the two tiny, perfectly formed toadstools that had appeared almost from nowhere and were totally unscathed…

“Duude, they are magic shrooms for sure” sighed Rob, hungrily eyeing the freshly harvested fungi, which was now emitting an enticing aroma, almost like warm chocolate and cherries on a sunny day.

When Rob was satisfied that he had discerned which was the bigger of the two toadstools he tossed the smaller one  to Rob whilst popping his quickly into his mouth..”Mmmmm” the boys cooed in unison. These bad boys were delicious, far sweeter tasting than the last lot they had picked. Everyone knew that magic mushrooms grew in these woods, the local teens often came picking them, although they had never had any like these before.

As the friends savoured the intoxicating taste of the ‘shrooms they never noticed the slime beginning to ooze from the ground, in the exact same spot that the mushrooms had stood. They didn’t notice as it slowly spread around their feet and  began to change consistency. They were both focused on the all consuming taste that seemed to embrace them both in a haze of fuzzy happiness.

No sooner than Rob swallowed the last morsel he became aware of his tongue starting to grow thicker, longer and dry, oh so dry that it seemed to adhere to his lips. It began to fill his mouth with an alien shape that no longer resembled his tongue any more.

Palms sweating, head banging, a dark mist descended behind his eyes. It clouded  his brain as he slumped wordlessly to the ground in a heap.

The morning light was bright and Rob winced as he opened his eyes slowly, trying to engage his brain with his body.

How long had he been here, what happened?

A thousand muddled thoughts ran through his head as he slowly sat up, searching around for his friend who was nowhere to be seen.

“Dan!” the word formed in his hazy mind but the sound that left his parched lips sounded animalistic, not at all like his voice and was no louder than a cats feeble mew despite the panic he could feeling creeping up from his chest in a restrictive, crushing wave, threatening to squeeze the life from within his aching ribs.

Alone and scared Rob pushed himself into a sitting position. His body sore and tender, muscles screaming out in pain and tried frantically to piece together the events that led him here. As the memories started to come back and he struggled to a standing position Rob looked down at his hands in horror and disbelief…

His previously sun kissed skin was silver and almost iridescent in the sun, tender to the touch and much cooler than was normal, or comfortable.

His hands had taken on a long, crooked shape with his fingers tapering to small talon like nails. Intricate webbing between each digit gave  them  an amphibian look and his arms were bony, emaciated with large bulbous joints where his elbows once were.

Terrified, Rob began to stagger in the direction of home and his mum, surely she would know what to do, wouldn’t she?

Every step sent shooting pains through his joints as he made his way out of the woodland, pulling up his hood and with his head down he stayed in the shadows on his laboured journey through the estate.

Reaching the familiarity of his house relief flooded over Rob as he began to knock, then bang on the door he had slammed shut only a short while earlier.

Catching his reflection in the window Robs solace was short lived as he took in the face looking back at him.

Barely recognisable his eyes had taken on a vacant, soulless appearance, like deep dark pools in an unnaturally pale  face which was elongated and alien like.

Two small holes were in place of his nose and his mouth had lost all human shape and colour,replaced by thin black lips barely concealing the forked tip of his tongue within.

“Mum Mum let me in, I’ll change, anything, just let me in….please” Robs voice, which was no longer his own had been replaced by a low guttural moan then turned to stunned silence as he heard the click of a gun somewhere behind him. Turning slowly he saw his mum in the window looking with disgust and fear at the beast outside. She mustn’t recognise him Rob thinks, suddenly face to face with the zealous game hunter neighbour from next door.

Clutching a shotgun and a can of beer, he scowls and thrusts the weapon in a way as to leave no doubt that he won’t hesitate to use it, he ordered Rob to get on the floor as he reached for his phone, to call for back up.

Rob, not wanting the authorities involved, stepped forward with his hands up, in what he deemed to be an unthreatening manner. His wild eyed and spirited neighbour saw nothing but a strange monster lurching towards him and  let him have it with both barrels of the shotgun, sending Rob fatally injured crashing to the ground.

They say that when you die your whole life flashes before your eyes.

Not so for Rob, his last thoughts were all about change. Some  you make and the some are made for you. Either way it was too late for him as he slipped into darkness, the faint sound of sirens in the distance.

Back To Top
River of Word Flow