A night with Nikki…

Smart, funny and exceptionally witty, Nikki looks much younger than her 35 years. She dreamt of being a singer and enjoys writing poetry. Born in Brazil, she settled in Manchester as a young girl when her parents came in search of the promised ‘better life’ they had heard so much about.

She is also an escort and spends her evenings having sex with men for cash.

Far from the preconceived ‘victim’ or ‘down on her luck’ addict that springs to mind, Nikki is the epitome of class and sophistication. Long, lustrous hair swept back off her face and smooth, clear skin, she has a figure that makes women envious while bringing grown men to their knees. It’s hard to ignore the lustful glances she’s attracting as we chat over a glass of wine in a busy Manchester bar.

With so much in the news recently about the rise of girls forced into prostitution, Nikki is eager to lift the lid on the other side of this often-misunderstood profession – where, for some, selling sex is a choice and not a necessity.

“I sell sex because the money is good, the hours are flexible and to be honest, I’m really good at it. I made the choice to become an escort and I’ve never really looked back, finally I can support myself and have a pretty decent standard of living at the same time.”

Married for a number of years, Nikki says she was ‘happy with her lot’ and looking forward to possibly having children one day, until her husband had an affair, eventually leaving her for a much younger woman he had allegedly met at work.

“It knocked my confidence hard when he left because I never saw it coming. He just went to work one day and never came home.”

“I was enrolled on a book keeping course at college and wanted to become an accountant but, after he left, I just couldn’t find work and things began to fall apart. That’s when I made the decision to do what I know best. Sex was never an issue when I was married, in fact the thought of being paid for my time felt rather empowering.”

Nikki says it was incredibly easy to get into escorting, after finding an advert in the local paper; she called an agency, spoke to the madam and was invited to the ‘office’ for an interview the same day. 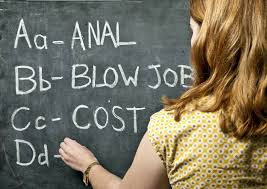 “I was really nervous and didn’t have a clue what to wear so I went for what was, in my opinion, sexy and appropriate – an incredibly short skirt and staggeringly high heels. Arriving by taxi at the discreet address on a leafy lane in Cheshire, I quickly realised that I had got it very wrong and Pretty Woman was not actually a fair representation of my new chosen career.”

The office turned out to be a smart apartment in Hale, one of many in a private, residential block. Here Nikki met *Sue, the lady in charge and was told the ‘rates and rules’.

“Don’t dress like a hooker, don’t do anything unprotected, do not try and undercut the other girls and never give out your personal phone number.”

Nikki certainly doesn’t fit the stereotypical image you would imagine for a ‘hooker’- dressed in a blouse, fitted jeans and designer jacket she would look more at home in a boardroom than on any street corner. As she says herself,

“Most of the time you would never know I was an escort. Remember I am a normal woman too. I sit next to you on the bus, I work out next to you at the gym and I pay for my milk next to you in the supermarket.”

This raises the issue of what other people think of her career; Nikki admits that she can’t always be honest with those around her.

“I only have a handful of friends that know what I really do, my family and everyone else believes that I am a very successful accountant, they probably wouldn’t believe it anyway.”

“It can get awkward, one time my friend brought her books round to me in floods of tears, asking me to help her make sense of it all. I spent a whole morning ringing accountants, eventually paying £200 to one willing to do the work quickly so I could say I had done it for her.”

Asked if there are any plus points of her job, Nikki’s eyes sparkle as she describes a world far different from any most women could imagine.

“The gifts are brilliant, I have regular clients who spoil me all the time, I’ve had perfume, clothes, jewelry and even a couple of exotic holidays over the years.”

“Most men I meet are like puppies, eager to please and looking for some attention – it’s easy to make them feel special and in return they treat me well. One of my favourite clients was an infamous gangster. He is in jail now and the media have portrayed him as this tough thug. This is not the man I knew. He booked me loads of times and was very charming, if a little flashy. One evening he called the agency, booked me for the whole night and we arrived at his farm house in the countryside by private helicopter to enjoy partying into the early hours.”

When I ask about the sex aspect of the deal Nikki shrugs it off as a very small, occasionally enjoyable part of her unusual job.

“Sometimes the man is unattractive or not really my type but I just block it out, concentrate on my shopping list instead. Smelly ones are dealt with by offering to shower with them and to be honest, most of the guys are alright really.”

“It turns me on to know that this man is paying me for my time, for my body – I have a high sex drive so it suits me just fine. Besides, what woman could honestly say that she wouldn’t like to be wined and dined then showered with gifts? I know a few married women who have sex with their husband whenever they want a new dress, carpet or whatever. The only difference with me is that I’m honest from the offset, they get exactly what they pay for and there is no hidden, ulterior motive.”

“I see men from all walks of life, most are married and all have their own reasons for coming to me. If I had a pound for every time I heard that classic ‘my wife doesn’t understand me’ I could retire. It makes me laugh, and a little sad really. I can’t help wonder if it was my husband saying those same pathetic, empty words to another woman all those years ago, it seems that there are far more misunderstood guys out there than happily married ones.”

The cynicism lies heavy in the air and the conversation takes a darker turn as I ask about the other side of the coin, the bad punters, as she refers to them. Looking down towards her hands it feels like Nikki is almost reliving the experience as her voice drops and the light seems to all but disappear from her eyes.

She doesn’t know much about him at all; he didn’t make much conversation. One thing Nikki does know for sure is that she was totally unprepared for what happened that night.

“He lived in a posh apartment in Chester, there was a doorman and I gave him my real name by mistake when I arrived. He was one of my first clients and I wasn’t used to using my fake name yet.”

“The instructions from the agency had made it clear that the door would be unlocked and I was to let myself in, naively I never really thought anything of it. When I arrived there was music playing really loud, the bass thumped through my body as I walked in and closed the door behind me.”

“The bedroom was in front of me and, as I walked in, I could see an envelope next to the bed with my ‘name’ on it.  A small, thin Chinese man appeared behind me wearing a bathrobe. He spoke impeccable English as he told me to turn off the already dimmed lights.” 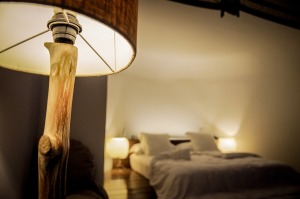 She pauses, seemingly playing the scene over again…

“It all went wrong from there really. He was really rough, pulling my hair, grabbing me and almost folding me in half, with my legs in the air. It hurt my hips so bad I had to stop myself wincing with pain. Then he wanted to change positions but I just couldn’t do it, I was in agony and feeling really scared by then. I told him I had to stop and he went ballistic, it was like he wanted to hurt me deliberately.”

I ask her why she didn’t just leave.

Leaving as soon as she could, Nikki broke down sobbing in the lift and called the agency to say she never wanted to see him again.

Since then he has been blacklisted from other agencies too, turns out she wasn’t the first woman he had done this to.

So, is this Nikki’s dream job?

“No, but I can think of worse ones” she says. “The men I see are generally good guys, it’s only now and then you get a bad one and you just have to deal with it. What other job could pay me so well for so little – I say who, I say when and I say how much, that makes me in control, doesn’t it?”

As Nikki finishes her drink and turns to leave I can’t help wonder if it really is her or actually the next punter who is in control after all.

Pretty nice post. I just stumbled upon your blog and wished to say that I’ve
truly enjoyed browsing your blog posts. After all I’ll be subscribing
to your feed and I hope you write again soon!