Five reasons you should go travelling…

When I was a child holidays abroad were something other families did whilst we spent wet weeks in Wales, often camping.My first trip out of Britain was to Jersey where, aged 21 I got a small taste of life beyond the shores of the UK.It did more than whet my appetite and I have in the years that followed been to many amazing places around the world.

Learning something new about myself and the world on my travels, I have fantastic memories of souks in Dubai, lunch in Monte Carlo, shopping in Nice and meeting Mary Poppins at Euro Disney.Taking the children with us on many trips abroad has also opened their minds to different cultures and instilled in them the urge to spread their own wings when they are older.

The benefits of travelling are vast and the reasons numerous…here are my top five reasons you should go travelling today.

1. To connect with other cultures.

There is much to be said for getting down with the locals in another country.They will show you the true beauty of their culture, be it with traditional homemade dishes or giving you a heads up on the best place to get a bargain.Be prepared to have misconceptions blown out of the water as you see for yourself the reality of life in another country, it is often not what you would expect.

2. The sense of achievement.

The feeling of managing and planning a journey into the unknown is great, especially when it is a success.In all our travels we have yet to have a ( major ) mishap and a little forward thinking goes a long way.The confidence boost of getting to your destination without losing a child or your luggage alone is worth the effort.

They say a change is as good as a rest and never is this more true than when travelling.The time out is sure to charge weary batteries and force even the busiest person to slow down.

There is a whole world out there waiting to be explored and never before has travel been so accessible.Flights are available to many far flung destinations and can be very reasonably priced, especially when booked in advance.Who knows, you may come back inspired to make a change or at the very least will see life in a different way.

You are never too old to learn something new, from a different language to cooking an exotic dish. You can always learn about yourself too and what better classroom than on location in an interesting part of the world.

The bottom line is travelling is good.Young, old and everyone in between can benefit from a break in routine and a journey to somewhere new and exciting.

Where are you planning on visiting next? Me, well Italy has great pasta and I love a good lasagne so who knows….. 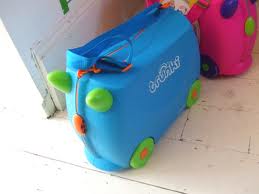 It was my birthday recently and my younger sister surprised me with a trip to The Himalayan Salt Cave in Cheadle, including lunch and, to my delight, without the children.

We got our deal on Groupon, a bargain at £20 for two, including 45 minutes in the cave followed by lunch, however the prices are very reaonable without the discount and they also offer a range of discounts for block and advance bookings.

We followed SatNav and reached the cave no problem, in fact we would have had time to spare had we found parking a little easier. There are parking bays outside the parade of shops where the cave is situated, but as these were taken we were forced to park quite a substantial distance away.

When we arrived at the cafe/cave we were greeted by a very friendly young lady and were shown through the cafe and into the cave situated behind an ornate looking door.

The cave is actually quite small, cosy and there is comfortable seating for up to six people at a time, although it can be booked for private use too.

The walls and floor are made entirely of pink salt rocks, the ceiling has man made stalactites tipped with fibre optic lights and the overall effect is rather impressive.

Initially as we sat in the cave it was unclear as to what was going to happen, however as the last guests arrived and the door was closed it all came together.

The lighting was dimmed and the ceiling became a sea of colour changing twinkling stars. The sound of a babbling brook filled the air and meditation style music was played through hidden speakers……..Relaxation heaven.

The air is also infused with evaporated salt  during this time and left my lips tasting a little salty, almost like a day at the sea side.

Left to our own devices the time quickly passed and we were both left feeling relaxed and ready for an afternoon nap.

We were brought back into reality as the lighting slowly became brighter and the door was opened, by the lady who had welcomed us earlier as she invited us to the cafe area for lunch.

The cafe has a reasonable menu with something for everyone and no restrictions on what we could order. The waitress/hostess was very chirpy and attentive, she really made us feel comfortable and was more than happy to offer recommendations.

We ordered cheese toasties and cookies, as well as a much needed pot of tea. It arrived quickly and was freshly made, very nice indeed after our relaxation experience.

On the way out there is the opportunity to purchase Himalayan rock salt in different forms, for the home, cooking and even in the bath. My sister chose some large pieces for around her home whilst I picked up a bag of smaller stones for in the bath.

The healing qualities of this salt is well known, and whilst I am lucky enough not to have a skin or chest complaint, I did feel somewhat refreshed and smooth when we left, a little taste of tranquility in an otherwise busy world.

I would highly recommend a visit to The Himalayan Salt Cave and am looking forward to going back soon. 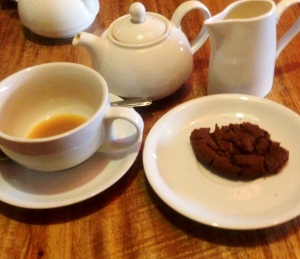 The Himalayan Salt Cave can be found at 8, The Old Rectory Garden, Cheadle.

It is also worth noting that children are welcome at the Himalayan Salt Cave, they are offered discounted rates and even have their own play area within the cave, perfect.