After hearing great reviews, and realizing it is only one junction up from us on the motorway, we recently decided to take our youngest 2 boys, aged 8 and 12, to visit Sea Life Manchester for a family day out. 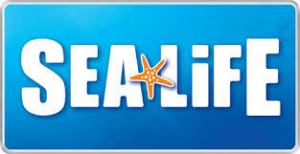 Sea Life Manchester is a fascinating little aquarium that makes the very most of the relatively small space it occupies right behind the Trafford Centre in Barton Square.

We chose a Sunday morning to visit, working on the theory that it wouldn’t be too busy – a theory that paid off as it was really quiet and we didn’t even have to queue to get in, always a bonus when you have kids with a very short attention span.

In the foyer there is a map of the aquarium and a really impressive tank to whet the appetite before we were offered a family snapshot at the bargain price of £20. From there it was straight into ‘Turtle Beach’, an amazing experience offering insight into turtles – how they live, reproduce and other 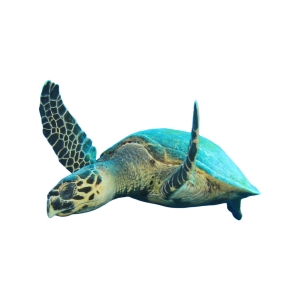 Ernie the turtle was a great hit

interesting facts. Packed with impressive CGI style graphics and delivered by a very enthusiastic young lady it was possibly the highlight of our visit.

My boys were really impressed to learn that the temperature of the sand the eggs were laid in actually determines what sex the turtles will be when they hatch and my youngest is now hoping for a turtle egg for Christmas.

Once the talk was over we were free to wander around the aquarium at our own pace, which, left to our boys would be incredibly quick as there wasn’t really much to keep older children as interested as we had hoped, apparently if you’ve seen one fish, you’ve seen them all – well, according to my youngest anyway.

Our visit coincided with the opening of a new attraction the aquarium have unveiled called Sea Stars and for me it really added value to the day. There are several eye-catching displays that all have massive windows and they are full of the most amazing starfish, including my personal favourite, the Giant Pink starfish.

The area also boasts an impressive pop up display where we could all climb through a sea tunnel right in the middle of one of the biggest displays for what turned out to be a tentacle-tastic-close-up view.

As with every display at Sea Life, there are plenty of facts alongside the display offering interesting facts – some you would probably rather not know but the kids will love, like the fact some starfish turn their stomachs inside out to eat.

About two thirds of the way round we discovered a small soft play area, of course the boys jumped straight in, abandoning shoes and having a great time. This lasted 5 minutes before they tired of running around what is really a play area suited to much younger children although, judging by the various ages of the kids playing and the fact there were no staff to be seen, there is no age restriction in place.

From the ball pit we moved onto the Touch Pool where the boys stroked crabs and touched several less than impressed looking shrimps – not my cup of tea but they loved it.

There’s plenty of fish, as expected…

Last but by no means least we entered the underwater ocean tunnel, culminating in a beautiful Mayan-esque rock sculpture. We had to wait to get a photo at this spot, there seemed to be a pile-up of people with smartphones snapping away furiously, but it was worth it as it really is rather beautiful.

We exited the tunnel right into the gift shop, much to the kid’s delight – not a word I would use to describe how I felt once I had seen the prices.

Tempting as it sounds we declined on this occasion, we were all fished out and just couldn’t plaice, sorry, face, another hour of fishy fun, however up close and personal, instead we headed home after our fun family time.

overpriced and a little dull at times for the older ones. As a family of four we paid just under £50 admission for what was a very quick visit – even by our standards.

Plenty of pretty fish to look at but none of the creepy crawlies and snakes that the other, bigger Sea Life Centre venues offer and disappointing to see that the much smaller aquarium size is not reflected in the rather oversized prices.

Ideal for fish enthusiasts maybe – not so good for a family looking for a cheap, fun day out.